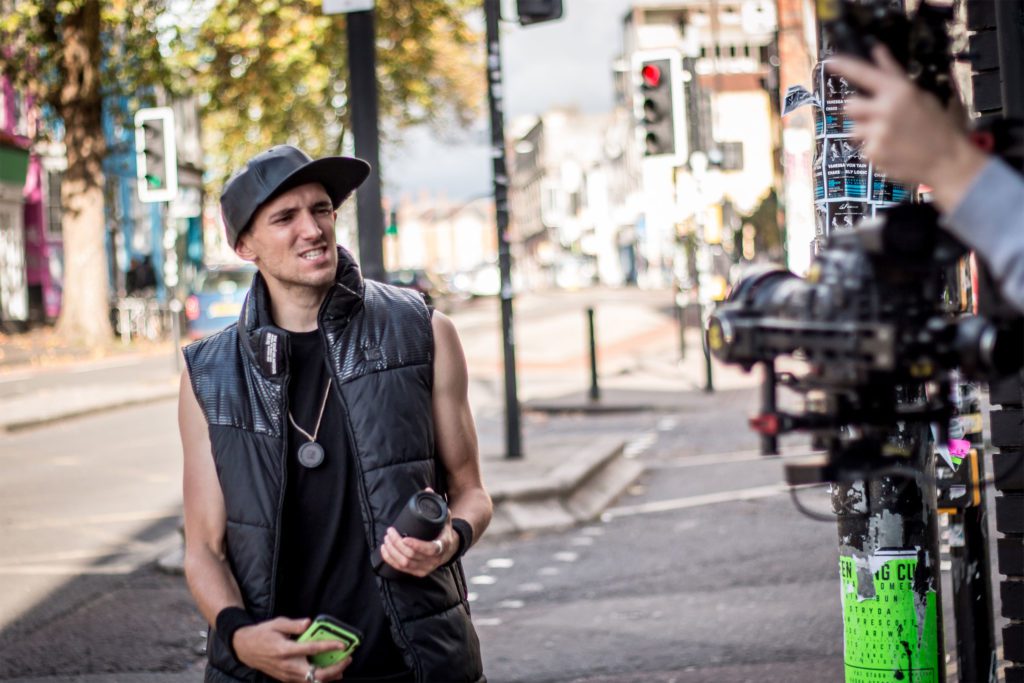 As you know, over the past month I’ve been working hard to implement the final steps in making the music video for what will become the first single of my coming EP. That single is called Friend or Foe.

Two Sundays ago, me and a crew of people the likes of a director; camera operator; a myriad of assistants, runners, actors, extras and choreographers, hit the ground running and dominated the centre of Bristol for the day. If a list of around 25 people seems pretty exhaustive, believe me it wasn’t. Without each them, the video I’ve been conceptualising since the beginning of the year would have fallen through on the day of filming.

The true detail of the struggle to make this happen can’t really be written yet since the video isn’t out. I wouldn’t want to reveal the work before it’s able to be seen.

But I can say that from 7:30am to 9pm, the whole group worked tirelessly to break through countless issues ranging from failing lights, broken smoke machines, venue constraints, the diminishing of natural daylight, the expenditure of all breakable props except one which had to be perfect in the final scene, the mistakes in the shots and so many other things.

It sounds like hell, and it would have been, if we didn’t all work our asses off to make it happen.

The long story short is, the video I’ve wanted to shoot for so long is finally done. It’s now in the editing process, then it’ll get colour graded, and finally it’ll be in my hands.

I’m looking forward to sharing it with you all. I also know of at least 25 other people who are itching to see the results.